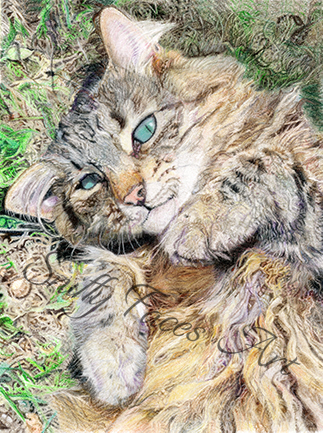 Lily is a beautiful maine coon cat. Maine coons are the official state cat of Maine in the United States where it is said to originate from. The maine coon ancestors are the Norweigan Forest Cat and a now extinct domestic cat. Their distinctive thick coats are built for snow with built in snow shoes. In the Harry Potter films, one of the three cats to play Mrs Norris (Argus Filch’s cat) is a maine coon called Pebbles. 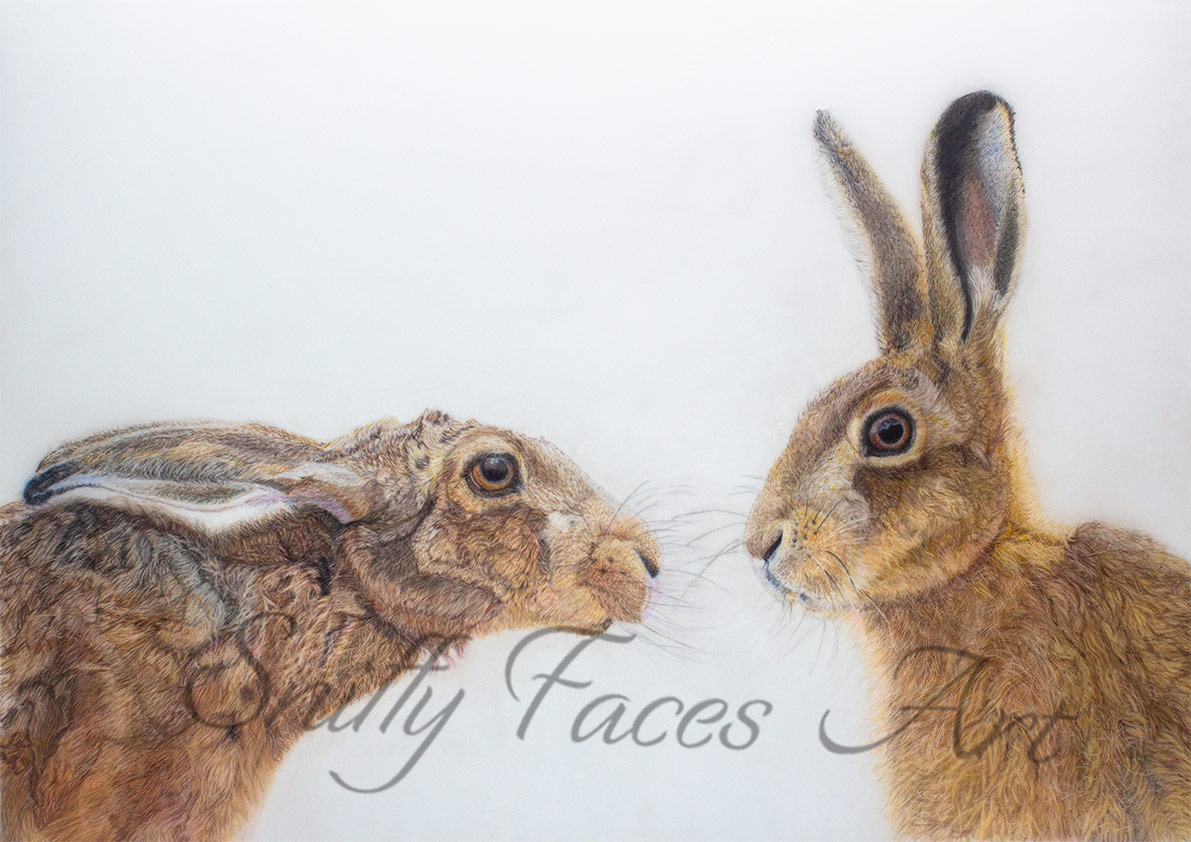 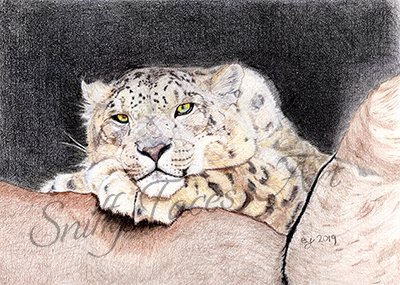 Snow leopards are an endangered species, there are thought to be between 3,920 and 6,390 Snow Leopards left in the wild. They are native to the cold and dry mountains of Central Asia. They have extra-large paws to allow them to walk on the snow. They have never been known to attack humans but have been hunted by farmers to protect their livestock. Snow leopards cannot roar, they make a puffing noise called a ‘chuff’. 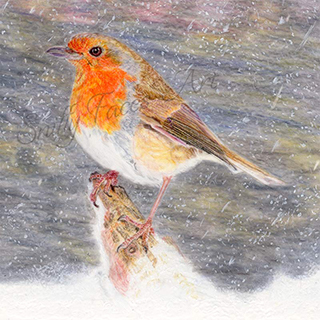 The European robin is known for its distinctive red breast and until the 20th century, was known as ‘the redbreast’. To this day they are still affectionately called robin redbreast. Every robin has a unique breast pattern. The robin has been Britain’s National Bird since the 15th of December 1960. The first British postmen were nicknamed robin or redbreast because they wore red coats. Robin pairs can raise as many as 5 broods of chicks a year.  Robins are omnivorous eating insects as well as fruits and nuts. 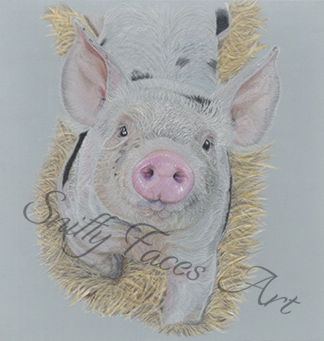 Gloucestershire Old Spots are an English breed and are the oldest pedigree spotted pigs in the world.  Old Spots are friendly, calm and intelligent pigs. They are classified as a rare breed with less than 2000 known to exist in the world. Old Spots are named after their characteristic black spots. Traditionally they grazed in apple and pear orchards where they would eat the fallen fruit. Legend says that the pig’s spots are bruises from the falling fruit. In 1994, a Gloucestershire Old Spot boar was sold at auction for 4,000 guineas, the equivalent of £4,200 which made it the most expensive pig in Britain and earned it a place in the Guinness Book of Records. 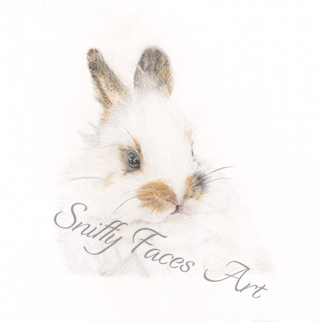 Baby rabbits are called kittens and are born hairless with their eyes closed. Their eyes open at around 10 days. Mothers make nests lined with fur to keep the babies warm. In the wild mother rabbits dig a fur-lined burrow/nest which they cover over with soil when they leave. Baby rabbits are fed once a day by their mothers. It is very important that the babies stay with their mothers for 8 weeks so that they get all the necessary gut bacteria and immunity. Rabbits are very social creatures and should never be kept on their own. 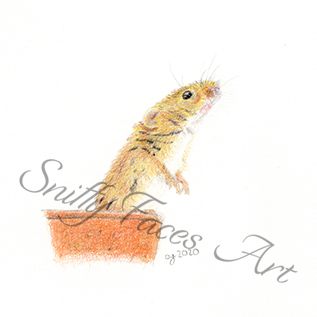 The harvest mouse is the smallest rodent in Europe only weighing up to 6g. They are approximately 12cm long with half of that size being their tail. Their tails are prehensile and can be used to climb as well as act as a brake or anchor. Harvest mice crawl into flowers to eat pollen and can sometimes be found fast asleep inside flowers. Baby mice are called pinkies 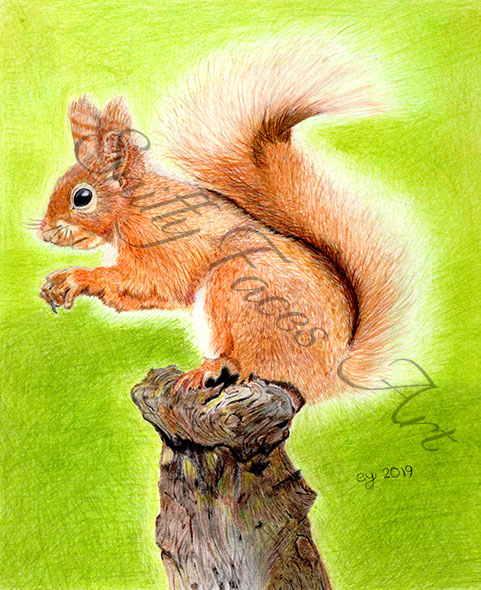 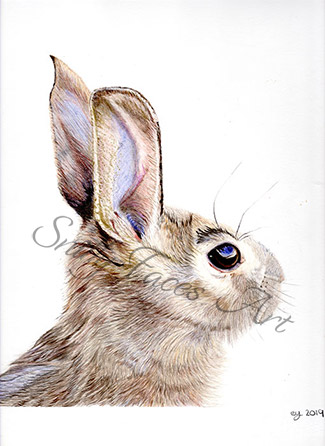 Rabbits were first brought to Britain by the Romans and established themselves in the wild during the 12th Century. Rabbits are the third most popular pet in the UK. They are very sociable animals, preferring to live in groups. Rabbits are highly intelligent and can learn to compete in agility competitions that take place across the world. The records for both the highest and longest jump are held by Dobby from Sweden at 106 cm and 301cm respectively. 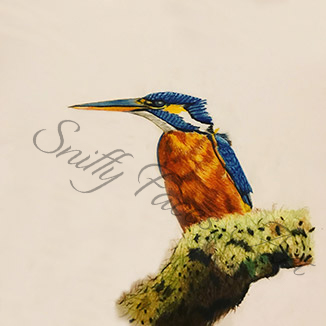 There are 87 different species of kingfisher. The species native to Britain is called the ‘river’ or ‘common’ kingfisher. British kingfishers eat mainly small fish as well as shrimp and aquatic insects and must consume their own body weight in food each day to survive. Their beaks are aerodynamically designed for splashless diving into water. Kingfisher back feathers have specially modified layers of feather cells that give them their distinctive blue shine when the light strikes them. The heaviest kingfisher is the laughing kookaburra from Australia (39-42cm, 500 grams) and the smallest species is the African dwarf kingfisher (10 cm tall, 9-12 grams). 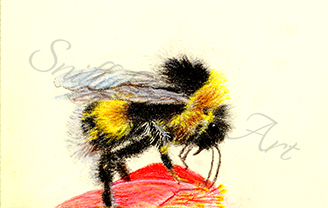 There are over 250 species of bumblebees, 24 of which live in the UK. Two species of bumblebee have become extinct in the uk, Cullum’s bumblebee (Bombus cullumanus) and the Short-haired bumblebee (Bombus subterraneus). They live in colonies of up to 400 bees with a single queen. Bumblebees often take rests of up to 45 minutes. If you see a bumblebee resting for longer than that time they may be in trouble. The best thing to do is place them gently on a bee friendly flower e.g. dandelion or clover. If there are no bee friendly flowers around, as a last resort you can give them a couple of drops of 50/50 sugar/water solution. 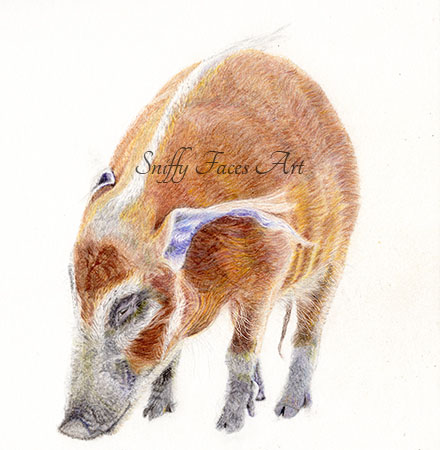 The hog in this piece is a female, male hogs have larger protruding tusks. They can be found in western and central Africa where they come out to forage during dusk or night. Red river hogs are omnivores and will eat plants, fruit, roots and nuts as well as small animals and carrion. They live in groups of around 15 individuals called a herd, ‘drift’ or ‘sounders’ led by a dominant male. When threatened, they will puff out their face to make themselves look bigger.  They mark their territory using scent glands and by marking trees with their tusks. They can live for up to 20 years. 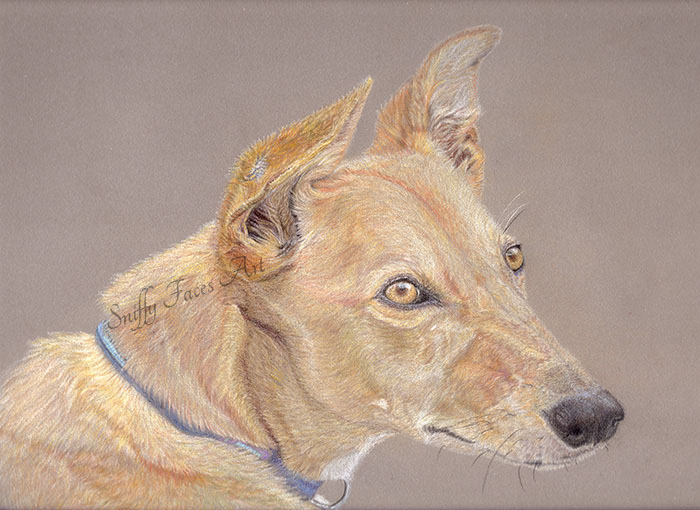 Sox is an Australian Kelpie/Greyhound cross which is where he gets his beautiful colouring and gorgeous eyes. He is a rescue dog who loves people. He is full of energy and very fast. When I met him he sat on the sofa next to me and licked my head where I had a scratch. 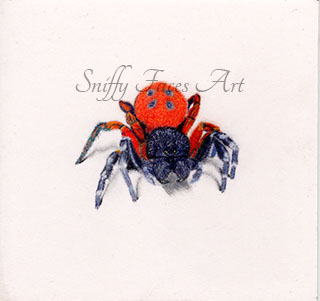 The ladybird spider is one of the UK’s most endangered spiders. In fact, it was actually thought to be extinct in Britain for over 70 years due to loss of habitat. It was rediscovered in 1980 when a single colony of just 7 individuals was discovered in Dorset. Thanks to a conservation effort by ‘Back from the Brink’ there are now nearly 1000 individuals in 14 populations. The male ladybird spider has the bright ladybird colouring during the mating season while the female is jet-black. The females are larger than the males, 10-16mm compared to 6-9mm and mainly spend their time underground in silk-lined burrows. 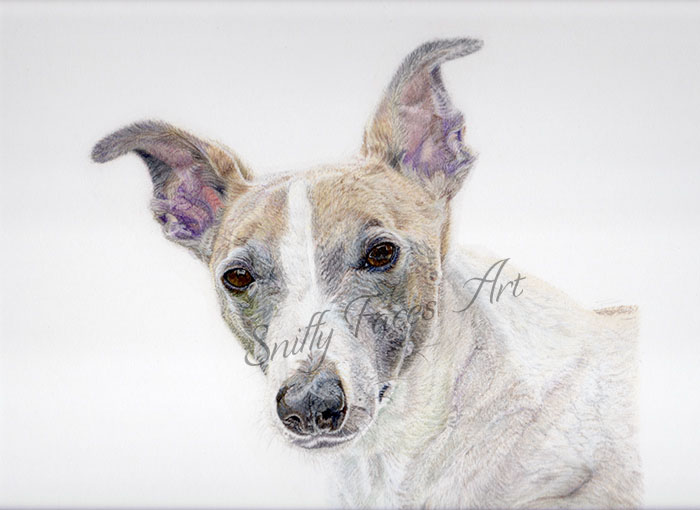 Jax is a rescue whippet with gorgeous velvet soft fur. When you meet him he stares deep into your eyes. Before being rescued he was kept in a crate in a garage. He loves being toasty warm snuggled in a blanket. He really doesn’t like going out in the cold for walks and sometimes has to be carried out of the door. 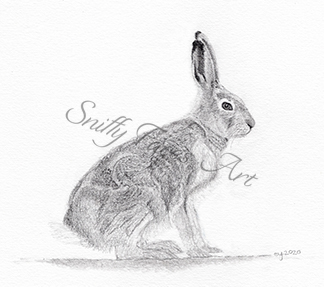 There are 32 species of hare. Hares can jump up to 4 metres high and reach speeds up to 45 mph. Their hearts make up 2% of their body weight. In comparison, rabbits’ hearts make up 0.3% of their body weight. Hares do not live in burrows, they live above ground and use shallow hollows to rest. Hares make nests for their young, called leverets, who are born with fur and their eyes open. A male hare is called a Jack and a female is called a Jill. They are nocturnal and mainly solitary herbivores. In Spring, hares can often be seen boxing. Boxing is a mating behaviour between a male and a female hare. The female boxes the male to either fend the male off or test his determination.